Two years ago I wrote a number of blogpost regarding an Exchange Resource Forest model and Office 365 starting at Exchange Resource Forest and Office 365 part I. There are four articles, all based on Exchange 2010 and at the end of each article you’ll find a link to the next article. In the more information section at the end of this blogpost you’ll find all links.

Over the years I have received numerous requests on how to continue; moving to Exchange 2016 in a Resource Forest or when all mailboxes are in Exchange Online, decommission the Resource Forest. This is not a problem, but brings a new challenge when it comes to the last Exchange server for management purposes that need to be kept. And yes, this blogpost is the preparation for the ‘decommision the resource forest’ blogpost 😉

Note. I did a webinar recently for Kemp on the Upgrading Exchange 2010 topic. It’s a Brighttalk hosted webinar that you can find here The Best Known Methods on Upgrading Microsoft Exchange.

Upgrading Exchange 2010 in a resource forest is not different then upgrading any other Exchange environment, not even when running this in a hybrid environment. These are the steps that need to be taken:

Design your Exchange 2016 environment (won’t cover that in this blogpost).

Before you can install the first Exchange 2016 server, Active Directory needs to be prepared. This is only true for the resource forest, there’s no need to do this at the account forest.

You can prepare the Active Directory schema using the following command:

It is possible that the following error message is shown:

This issue is covered in a previous blogpost: A hybrid deployment with Office 365 has been detected.

I prefer to install the Exchange 2016 server unattended, especially if you must install multiple servers. You can use a command similar to this: 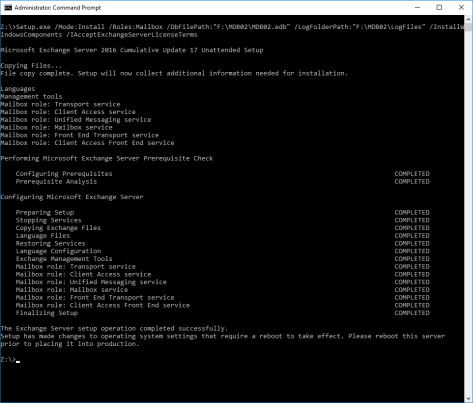 After installing the Exchange server, the server should be configured: 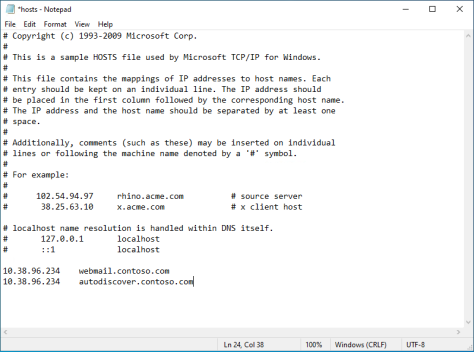 From the client, connect to the new Exchange 2016 server and start OWA with an Exchange 2010 mailbox. You should see the initial blue OWA screen:

And after logging on the yellowish Exchange 2010 OWA user interface. It will automatically proxy to the correct Exchange 2010 mailbox server:

The same should happen when you request the Exchange Web Services page on https://webmail.contoso.com/ews/exchange.asmx, this should also successfully proxy to Exchange 2010: 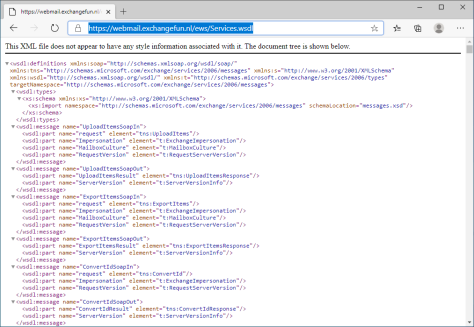 One thing you must be aware of is RPC/TCP traffic (the original MAPI connection) between Outlook and Exchange 2010 if you are not running Outlook Anywhere. Outlook will still use RPC/TCP to connect to the CAS Array (this is the RPC Endpoint for Outlook) which is running on the Exchange 2010 servers. You can see that when checking the connection status in Outlook. In the following screenshot, outlook.exchangefun.nl is the CAS Array.

There are two entries shown, one is for the regular mailbox, the second is for accessing a shared mailbox on Exchange 2010.

When performing the Test E-mail AutoConfiguration check on Outlook 2010, you can see that RPC Connects to outlook.exchangefun.nl, but that OWA, EWS and OAB want to connect to webmail.exchangefun.nl, which is the Exchange 2016 server now. 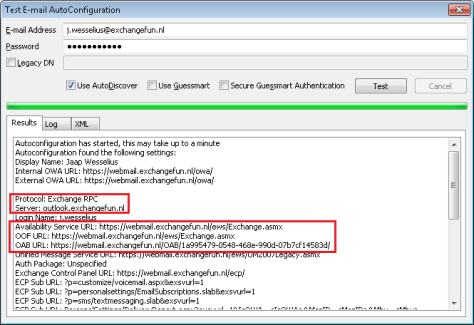 When all is running well it is time to upgrade the Hybrid Configuration by running the HCW on the Exchange 2016 server. You can find the latest version of the HCW on http://aka.ms/hybridwizard.

The HCW will detect the optimal Exchange server to configure (which should be automatically the Exchange 2016 server). You should select the Exchange 2016 server for the Receive Connector Configuration and the Send Connector Configuration. For the Organization FQDN I typically use the default FQDN (like webmail.contoso.com) to keep everything consistent. Sometimes I see admins use something like hybrid.contoso.com but that doesn’t bring much, except for more complexity. 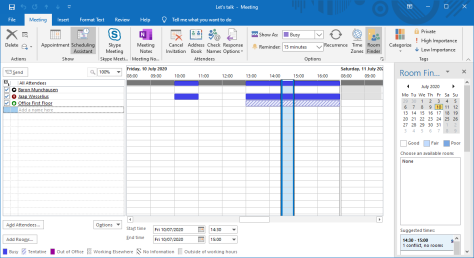 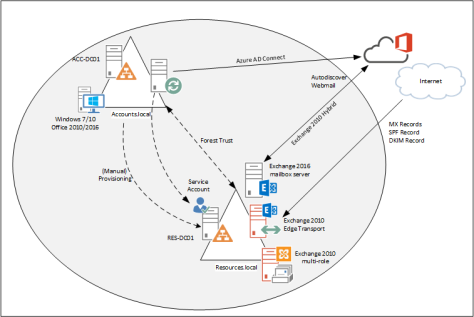 In an Exchange 2010/2016 coexistence environment there are two Offline Address Books:

One pitfall that always takes more time than expected is the Receive Connector configuration, especially for SMTP relay purposes. Multiple devices (scanners, faxes), printers, applications, access on IP level, lack of documentation etc. Use the Protocol logging features on the various Receive Connectors to figure out what devices or applications are using these Connectors and configure them to use the Exchange 2016 server. But beware, this can take a lot of time ☹

When all resources have been moved to Exchange 2016 you can decommission the Exchange 2010 environment. This is just a matter of:

When all prerequisites for the decommissioning process have been met, the actual Exchange 2010 servers can be uninstalled. I still see admins just removing the Exchange VM’s but this is not a good idea since the Exchange configuration continue to exist in Active Directory.

Properly remove the Exchange 2010 server using Control Panel and Uninstall or change a program by deselecting all options as shown in the following screenshot.

After a few minutes the Exchange 2010 server will be fully installed (the official way).

In this blogpost I explained how to upgrade Exchange 2010 to Exchange 2016 when running in a resource forest configuration, and in a hybrid configuration. The process is not very different from an upgrade in a ‘normal’ single forest, single domain environment, not even from a hybrid perspective.

In part VI of this series I’ll discuss how to decommission a resource forest in a hybrid configuration.